My goal within one year is to sell 3 of my properties and use the proceeds to invest in either the Columbus, Ohio market or wherever Amazon decides to build their new head office.

Here are the key highlights for both of these areas:

Amazon has received 238 proposals from cities and regions across North America.  They will select the city at some point in 2018.  I think getting into real estate early in the chosen market is really going to pay off.  My preference is to buy immediately after Amazon makes their decision and I strongly believe it’s going to be in either Atlanta, GA or Austin, TX.

Columbus, Ohio
With population, jobs and incomes growing significantly faster than the national average with affordable housing, Columbus has become very enticing for a real estate investor.  When I built my financial model 6 years ago, it pointed to the Orlando (and surrounding areas) as the place to invest.  Most of the headlines from magazines and newspapers at that time were suggesting places like Austin, Memphis, Upper New York State and Atlanta as places to invest.  I ignored all these so called experts and went with what my financial model recommended as the best area to invest.  It did not disappoint!

​I bought this house in October 2011 for $162,500 and it has more than doubled in value.  See Zillow snip it below.  I will be selling this property in the next 3-4 months.  If my model is correct, Columbus is the next growth area.  Amazon is a compelling alternative so follow my journey below and see what ultimately happens. 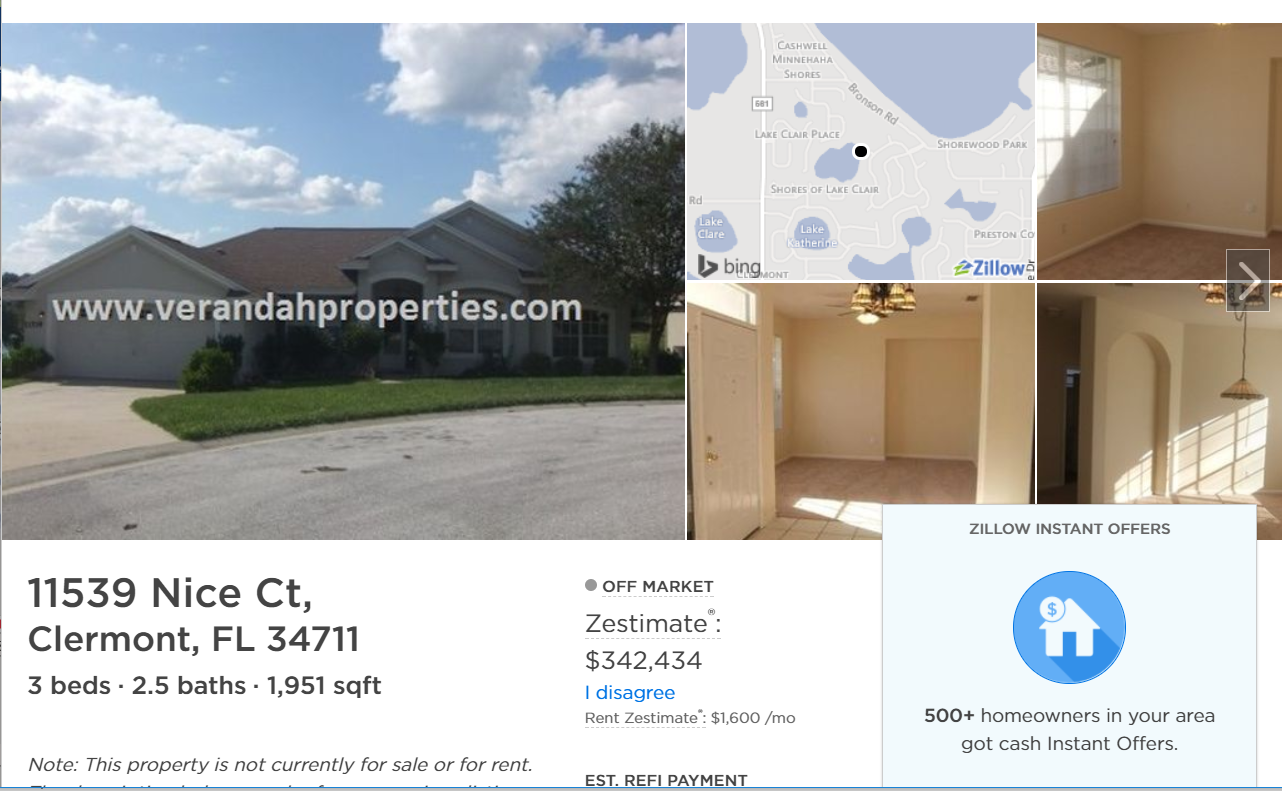